Get fresh music recommendations delivered to your inbox every Friday.
We've updated our Terms of Use. You can review the changes here.

Diversity In The Isles curated by Liquid Lounge 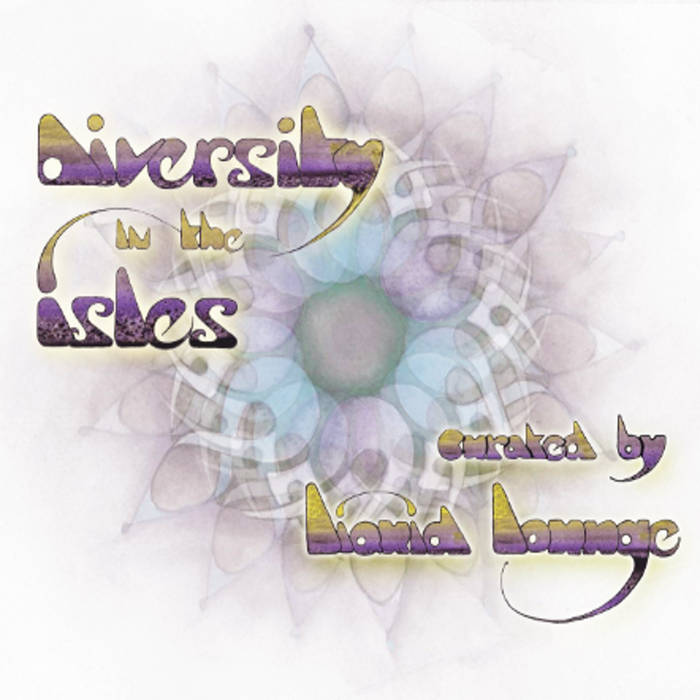 Michael Navarrette I've been a fan of Perpetual Loop since he was with Organic records. I got hooked to this genre via the Psymeditations album they put out. The excellent artists on this album make it an essential buy for a fan of great, and trippy tunes! Favorite track: Perpetual Loop - "By The Sea".

0n3y30ta The impact of these transmissions Keep growing and expanding my consciousness and my Heart - WOW Favorite track: Antam Yar - "Jeevan Jadh".

Geraint Short Impossible to pick a fave track, they're all good.
I did the art work and I'm super proud to be associated with this project. Favorite track: MoonWolf - "Abeytu (Things In The Night)".

james green not yet listened to it all, but I really like what I've heard so far. congratulations Ian and all involved on a job well done. Favorite track: OOOD - "Anima".

A unique odyssey of musical delights for all those who seek solace in downtempo and chilled music... exclusively featuring UK producers and artists... and exclusive tracks specially recorded for this series of compilations.

Under the curation of Ian Liquid Lounge, a collection of producers and artists are contributing and collaborating on a series of compilation albums entitled "Diversity In The Isles".

This series of compilation albums will showcase the varied and eclectic talents that are currently coming to the fore in the UK, as well as featuring tracks from established producers from the various downtempo and chilled genres.

With each artist offering up their own individual and differing musical styles and each highlighting the underground downtempo music that is emanating from all four corners of the UK... you can be assured that this series of albums will introduce the listener to the huge variety of chilled music that is being produced in the UK.

The first volume of "Diversity In The Isles" is compiled using an amazing combination of known artists together with lesser known and up and coming producers - who are all part of the emerging plethora of acts who are making waves with their music and live performances and contributing to the developing downtempo scene and chill out genres in the UK.

All the musical contributors in this series are equally important not only to the "Diversity In The Isles" collection of albums but also to the UK music scene as a whole...

The "Diversity In The Isles" compilation albums will also serve as a platform for the lesser known UK based producers, involved in this series, to have their musical productions heard by a wider audience... as well as an independent promotion for the expanding downtempo music scene in the UK.

All those involved are dedicated music makers, producers, performing artists and are all equally talented in their field of music, so expect the music to range from psydub to glitch, bass to jazztronica, ambient to trip hop, new age to psychill... and all points in between and including some music that has yet to be pigeon holed...!

More information regarding "Diversity In The Isles" can be found via the FB page - www.facebook.com/Diversity-In-The-Isles-181641862168138/timeline

Diversity In The Isles would like to thank the all artists and producers involved in this project for all their contributions, without whom, this album would not have been possible -
Pete Ardron & Helen Francis, OOOD, Antam Yar, Geoglyph, Atman Construct, Tea Tree, Perpetual Loop, Flexagon, Globular, MoonWolf, Belle Seraphin, Rev Dread, False Identity, Mosienko Project, Ultramorphic, Narcose, Digital Skunk, The Diplomatic Core, Geraint Short and Adam Goodlet

Also, a huge collective thanks to Ian Taylor aka Liquid Lounge, for his enthusiasm and tireless work which has seen this project move from an idea on paper, many months ago, to its fruition with this release.
www.facebook.com/Liquid-Lounge-304264666292176/

Diversity In The Isles UK

A unique odyssey of musical delights for all those who seek solace in downtempo and chilled downtempo music, featuring exclusive tracks from UK producers and artists and curated by the Liquid Lounge.

This series of compilation albums will showcase the varied and eclectic talents that are currently coming to the fore in the UK, as well as featuring tracks from established producers... ... more

Bandcamp Daily  your guide to the world of Bandcamp